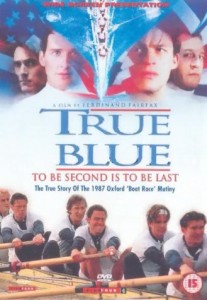 The Wolfson four who recently played a staring role in the film “True Blue” are rumoured to be splitting as offers from big Hollywood studios have started to flood in. Captain Richard Holland is set to star opposite Tom Cruise in his latest film about some jet pilot or other who loses his nerve and gets it back; Phil Biggin has been offered the part of the archetypal English baddie in Die Hard IV; Carsten Heide is to play Jaws in the new Bond film; and Derek Kennet will have a starring role in Dumb and Dumber II. Cox Jo Perkins will make a guest appearance in L.A Law and Coach Lars Wulf is making his own fitness video, entitled rather predictably “Jumping Higher”. Rumours that the three minute appearance in the film may have gone to their heads are completely true.