Wolfson had another successful year at Eights 2006. The men’s first boat stood out, reaching their highest finishing position in a decade, and the women maintained their position at the top of Division III.

Many thanks to Brian Harrington and Stephanie Solywoda for contributing pictures and crew list details for this race report! We are still looking for pictures of W1 and M2. If you have any, pass them along! 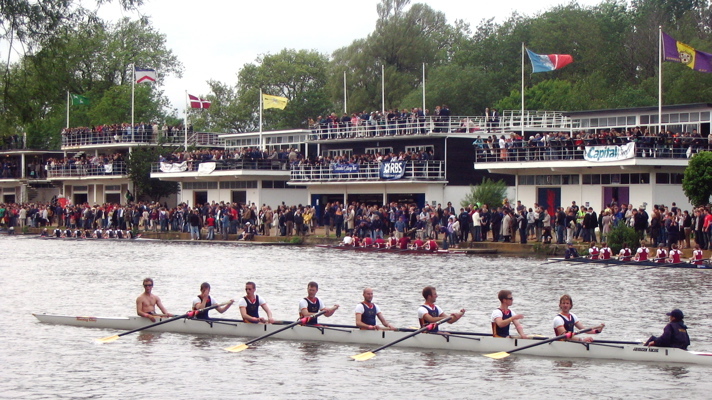 The men’s first boat had an explosive Eights campaign. On Wednesday, they bumped Lady Margaret Hall to reach the top of Division III and race as the sandwich boat, where they bumped Mansfield. Thursday, the men leaped ahead of St. Peter’s and Friday bumped Merton. Saturday the men rowed over after St. Anne’s bumped out ahead of them. They moved up four places over the week, and finished tenth in Division II, their highest position in a decade!

The men’s second boat had a solid set of races. They had strong row-overs on Wednesday and Thursday. Unfortunately, they were bumped by a powerful Regent’s Park crew (which went on to get blades) on Friday, but held firm in a row-over on Saturday, finishing sixth in Division VI. 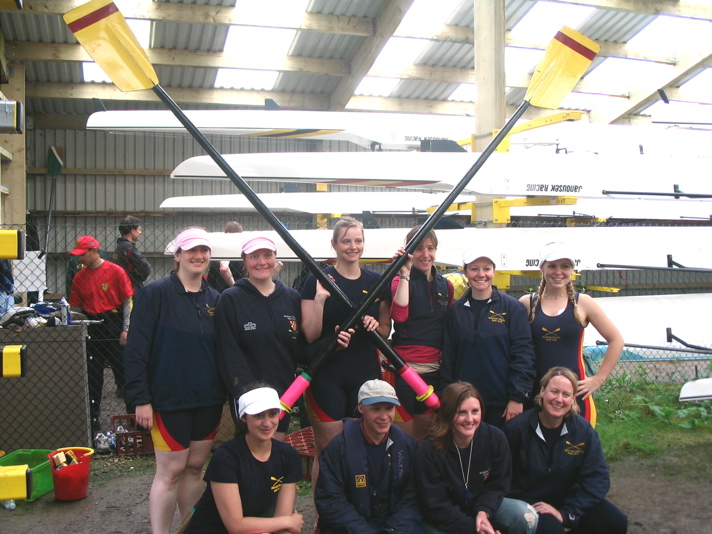 Wolfson’s W2 catapulted up the bumps charts this year. Wednesday, they bumped Regent’s Park to reach the top of Division V and compete as sandwich boat, wherein they bumped St. Hilda’s II and secured a place in Division IV. Thursday and Friday they bumped Keble II and St. Catharine’s II, respectively, before a solid row-over behind Oriel II on Saturday. Overall the women advanced four places, finishing tenth in Division IV. 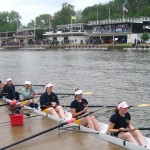 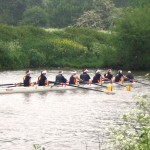 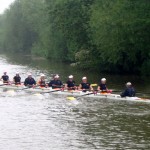 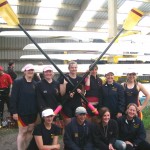 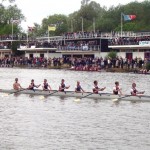 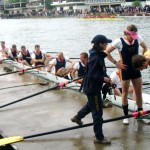