Wolfson had an amazing performance in Torpids 2011. The men’s first Torpid was the most successful crew on the river, earning blades for the second year running and finishing 8th on the river — its highest position ever. The women’s first boat moved up through the second division, the men’s second boat advanced sharply, and the women’s second boat suffered a series of unfortunate events but fought the good fight. 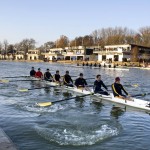 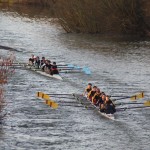 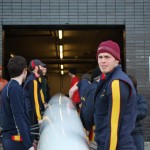 Wolfson M1 had a spectacular campaign, bumping Exeter and New College on Wednesday to land in the first division. On Thursday, they bumped LMH who went on to bump Worcester, moving our men up two more places. Friday, they bumped Wadham and Saturday they bumped Hertford to finish with the highest set of blades in on the river and an 8th place finish. 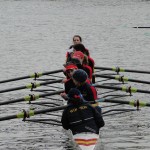 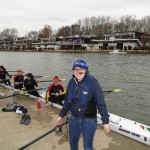 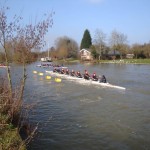 The Women’s first boat also had a successful campaign. After falling two places on Wednesday on a bump by St. Hugh’s, the women recovered two places Thursday by revenge bumping St. Hugh’s (who went on to bump a crashed St. Hilda’s). Friday, the ladies bumped Somerville and Saturday they bumped Merton to finish 7th in Division II, up two places overall. 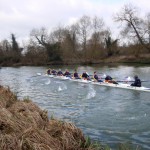 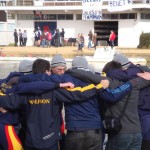 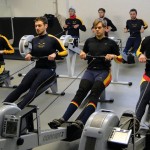 After a rough first day, the men’s second boat had a strong campaign. They were bumped by St. Catz II on Wednesday after losing a blade and rowing in 7’s — but managed to recover the oar and only lose one place overall. On Thursday, through a maneuver that involved bumping Regent’s Park and then a lot of other associated bumps, the men recovered 3 places. Friday, they bumped Teddy Hall and Saturday bumped Wadham III to move up 4 places overall. 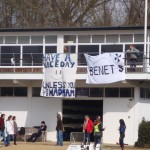 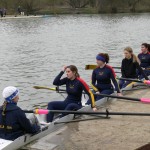 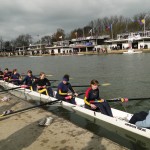 The women’s second boat suffered a series of unfortunate races. After poleman absences, misaligned starts, and other calamities, they wound up being bumped twice on each of Wednesday and Thursday, once on Friday, and twice on Saturday, finishing 6th in Division IV. They’ll no doubt have their revenge next year.