On the week-end of the 20th and 21th of August, Wolfson brought back home some silverware in a good Oxford City Royal Regatta campaign!

After a slightly disappointing start for the two men’s IM3 fours, Wolfson won their first event at lunch time: the women’s eight won the 350m sprint in an extremely close final against Oxford Academicals. The men’s eight was also very good in the sprint, going all the way to the final where they lost to Oxford City.

On Saturday afternoon the women’s IM3 eight sadly got disqualified in their first round against Llandaff when they clashed blades after a very good start. The men however won the IM3 eight event. They finished their final 1.25 lengths in front of Reading RC.

On Sunday morning, the women’s four won their first round easily against Putney Town, and their semi-final in an very close race against Curlew RC. Sadly they lost their final a little bit behind the Linacre IV who was very impressive that week-end. 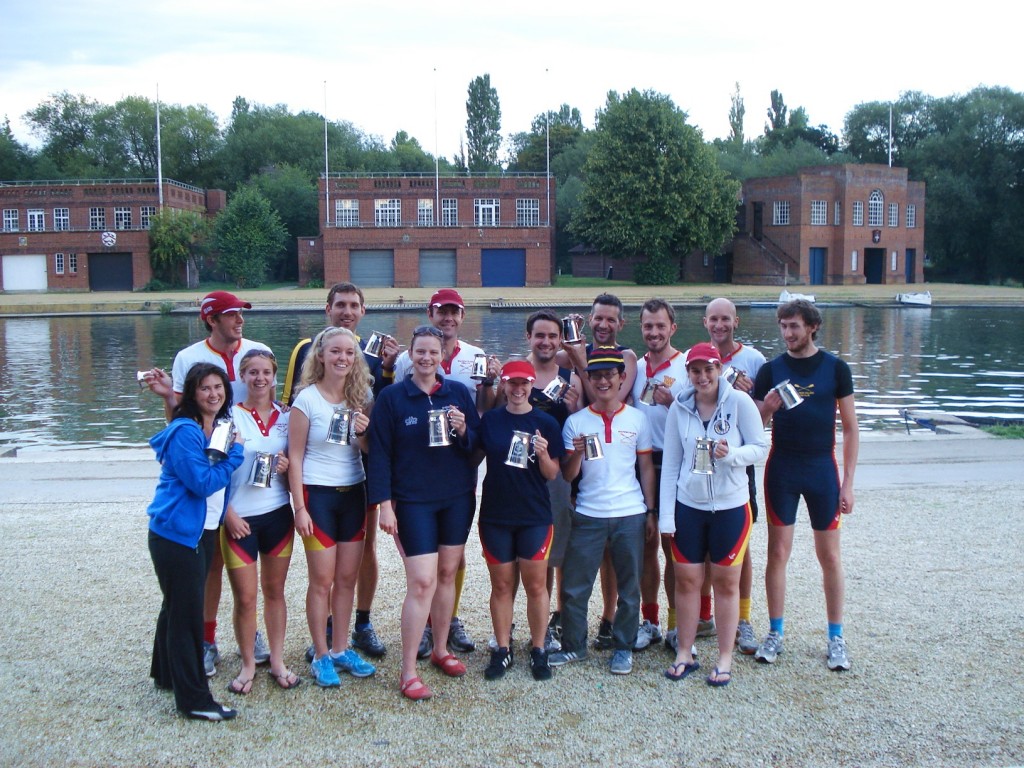