On the 11th of September the Wolfson women left Oxford early in the morning for the last summer regatta this year. The IM3 4+ first raced the ladies of Broxbourne over the 600m course on the Cam. Verdict: Wolfson win by 1 3/4 lengths. They moved on to the final against Green Templeton. Wolfson, behind for the first half of the race, managed to come back with one of their fantastic “squat jump” pushes. They finally overtook Green not long before the line thanks to the brilliant coxing of Will Allen! 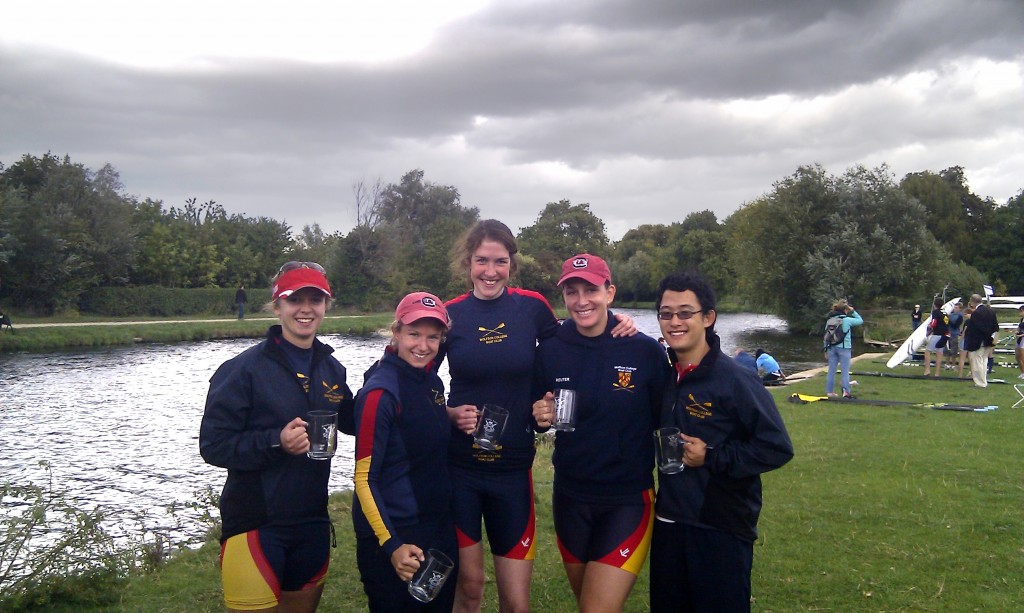 The girls and Will went to collect their shiny glass pots and were then joined by the 4 other girls of the eight. In the IM3 8+ event they went straight into the final against Champions of the Thames (who had won their semi-final against Broxbourne). Due to a problem in the wiring, bow four couldn’t hear the wise words of Will, but that didn’t prevent Wolfson to be in the lead all the way down the course and to cross the line first, winning their second pots of the day!

A great way to round off the summer, well done! 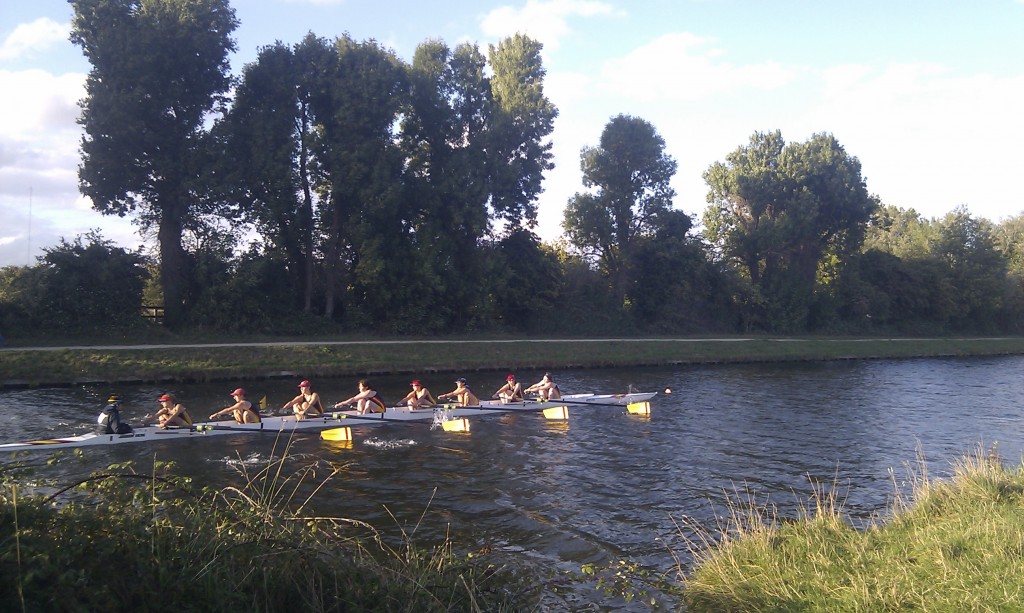 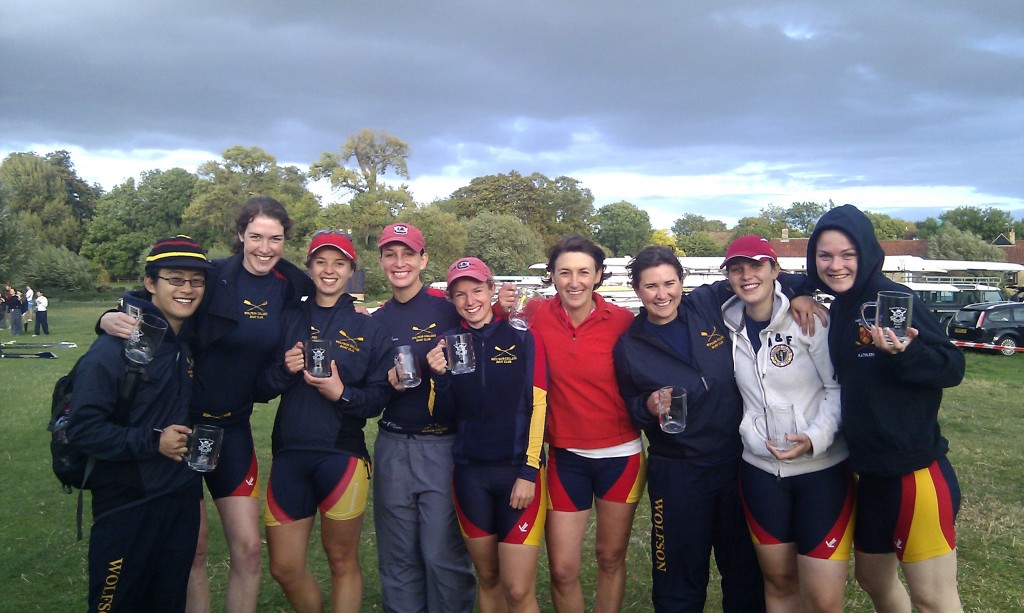