A composite crew of Wolfson first and second boat men entered this year’s Head of the River Race. The regatta is a head race (ie time trial) over the Championship Course on the London Tideway. It is the same 6.8 km stretch used in the Oxford-Cambridge Boat Race (though raced in the opposite direction). The regatta attracts over 400 crews with a wide variety of experience levels, from the famed Leander Club, to various national teams (Czech Republic, Spain, Hungary, Switzerland, and Germany in the top 20), a number of University teams, and then the usual smattering of colleges and local clubs. Wolfson began the race in position 157, set by a very strong first boat crew last year, and finished at position 179 of 404. 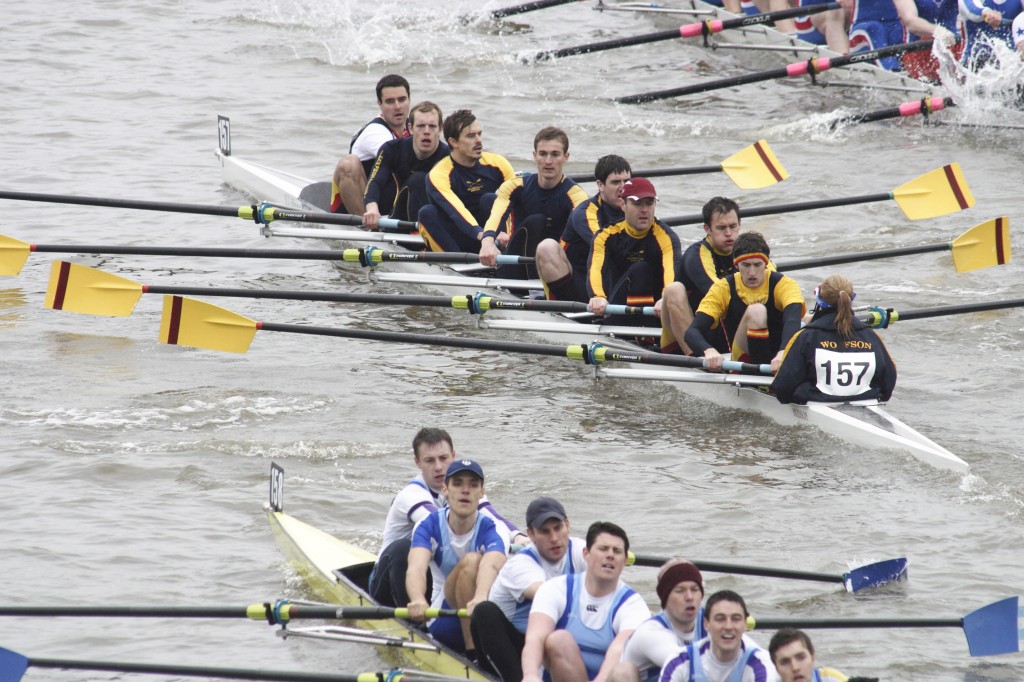