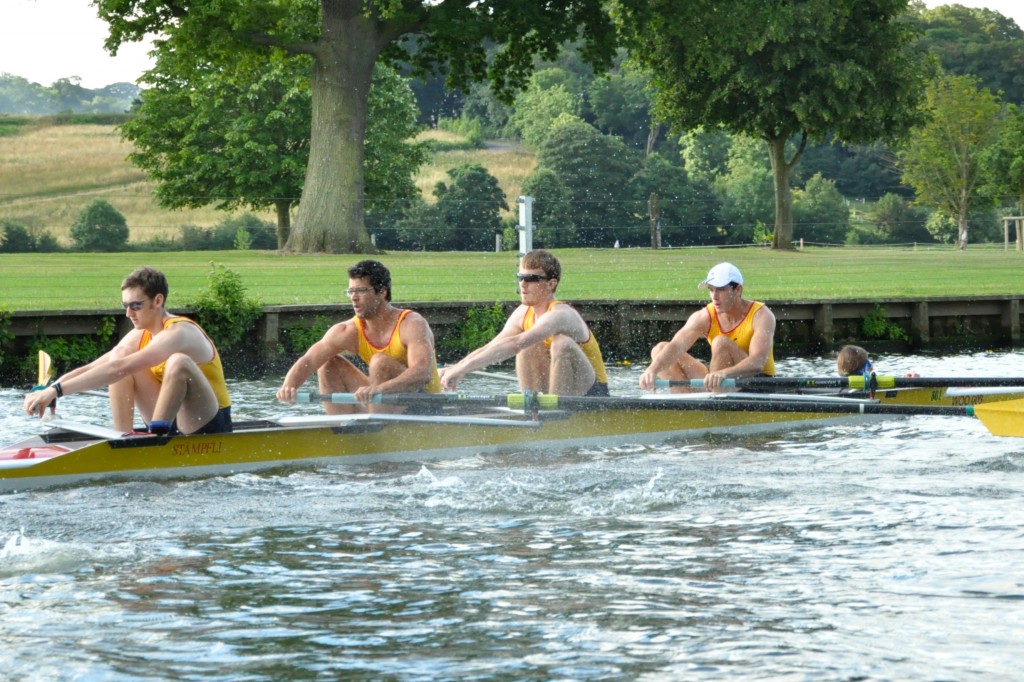 Wolfson entered two strong men’s fours into Henley Town and Visitors’ Regatta. Henley T&V is a fun regatta each year; aside from the historic setting and strong competition, the contests are a series of three-way side-by-side races. One Wolfson four entered the IM3 division, while the other entered both IM3 and IM2. Unfortunately, the first crew was beset by strong winds and knocked out in the first round of IM3 by some of Wales’ finest from Llandaff Rowing Club. 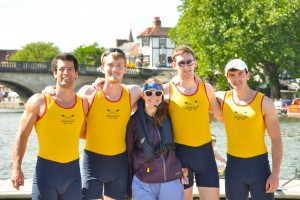 The other crew (Jim, Jack, Matteo, Tom, and Stef), on the other hand, enjoyed great success. Under fantastic sunny skies, the crew set to work on a long day of rowing (IM3 in the morning and IM2 in the late afternoon). The first two IM3 races (quarter- and semi-finals) proved that hard work had payed off – Wolfson won the races by a good margin. The final with Twickenham and Putney town got close, but we pushed away and won with 2 lengths from Putney.

The crew then had a good long rest before going out again in the afternoon IM2 division, beating fresh Llandaff and Twickenham crews in the first race. In that race they also posted the day’s fastest time for a four, rowing the 800m in 2 min 59 sec. Knowing that the stakes were high (three of the crew had started that morning with no rowing points), but they gave it everything they had in the three-way final against the Royal Air Force Rowing Club and Upper Thames. The RAF put up a good fight, but Wolfson was able to push away from a dead heat to win by 2/3 of a boat length in the last 15 strokes. 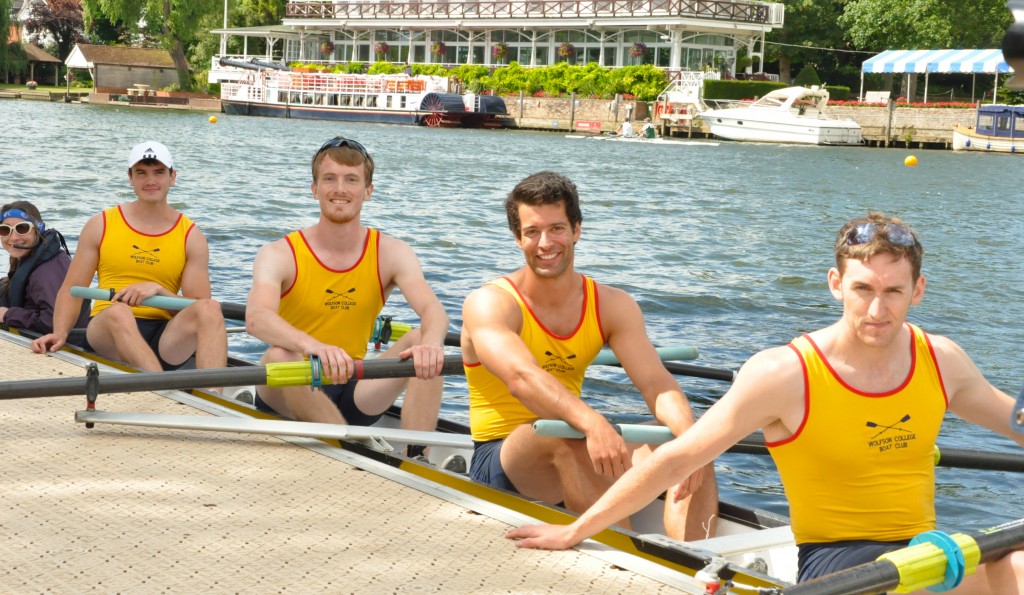