As many of you know, thanks to tremendous support from our alumni, WCBC recently bought a single scull. On Saturday 24th August, we will be formally naming the scull in honour of one of the boat club’s greatest friends and supporters, Dr. Bernard Henry (1965 – 2007). Dr. Henry demonstrated excellence in mind, body, and spirit. 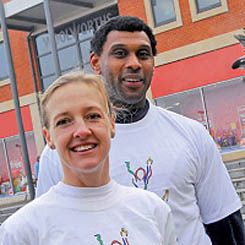 After earning his Ph.D. in Materials Science at the Imperial College, London, Dr. Henry went on to become Associate Director of Research in Nanocomposites in Oxford’s Department of Materials. He was instrumental in bringing research on barrier coatings and nanotechnology to Oxford, and was known not only for his groundbreaking research, but also for his ability to interface between academic research and the practical world of industry.

The consummate sportsman, Bernard was an elite 200m runner, a coach to the Blues cricket and athletics squads, and of course a mentor to Wolfson College Boat Club. He never hesitated to share his expertise and enthusiasm with any who could benefit. In addition to his work with Wolfson, Bernard Henry commuted between Oxford and London to coach underprivileged children and organised the “Oxfordshire Street Olympix” in Didcot to bring sports to the community. 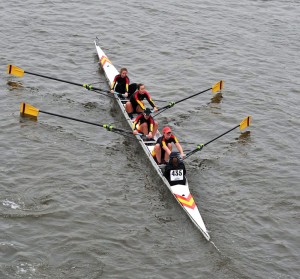 Dr. Bernard Henry touched many at Wolfson, and has long held a special place in our hearts. WCBC named our women’s IV the “Bernard Henry” in his memory. After recently replacing that boat (and selling it to the Oxford Academicals, who still row it on the Isis), we decided to continue to honour Bernard Henry’s memory with the naming of our new single scull, made possible by generous alumni contributions.

There will be a naming ceremony for the boat, “Bernard Henry II”, on Saturday 24th August at 12:30pm at the River Quad at the main Wolfson College site. All are welcome and encouraged to attend.

In a lovely ceremony attended by committee members, alumni, and boat club members, the Bernard Henry II was dedicated on Saturday with a traditional champagne toast. 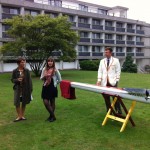 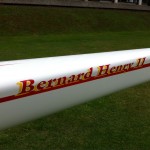 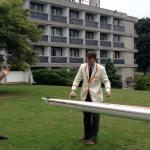