Wolfson College Boat Club (WCBC) has had another very successful year of rowing. This year’s season started remarkably well, with 22 novice men and 15 novice women regularly training. Compared to last year, we were very lucky with the weather in Michaelmas term, which allowed our novices to develop their skills without interruption. Our senior men’s and women’s squads were also training hard and entered a number of regattas in Michaelmas term, including Autumn Fours, Nephthys Regatta, and Four’s Head of the River. 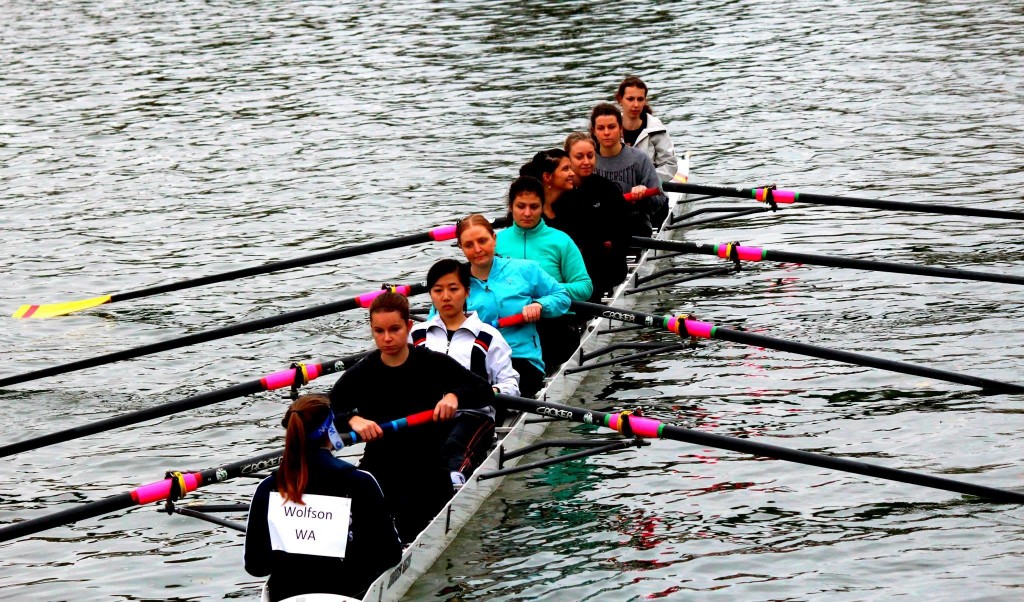 Unfortunately difficult weather conditions in Hilary term resulted in limited training time and the cancellation of Torpids 2014. Once the river conditions improved, however, our novices and seniors continued to train hard and several rowers were able to compete in a number of external regattas in our preparation for Summer Eights, including Worcester Regatta, Oxford City Bumps, and Women’s Head of the River. 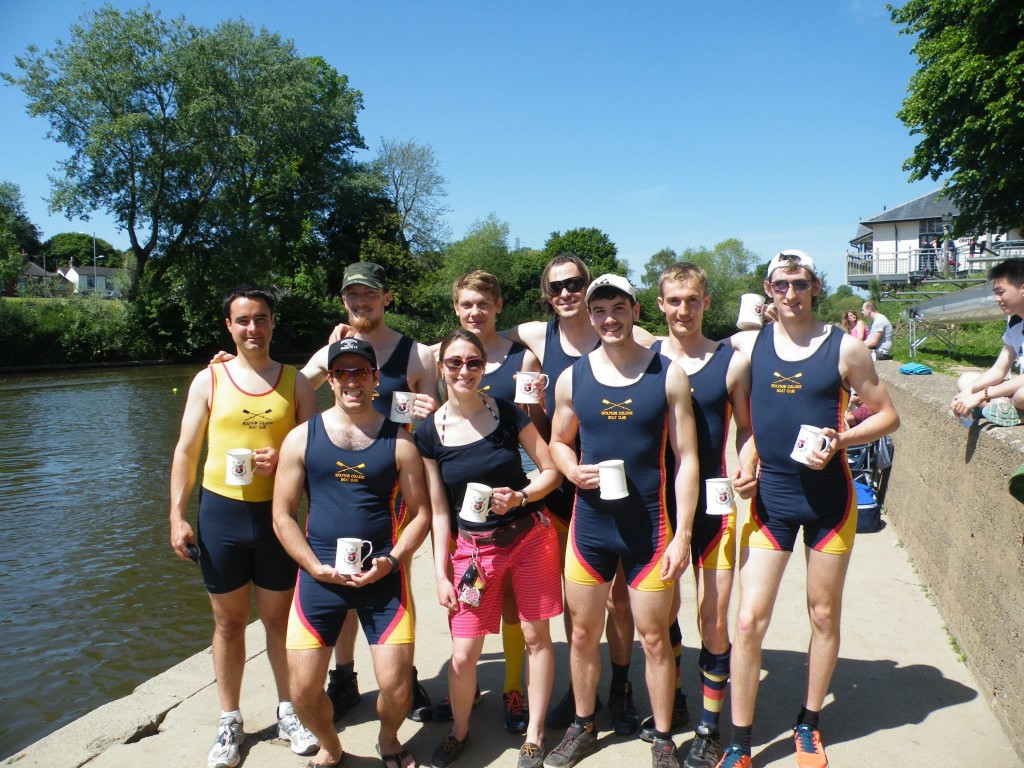 The boat club managed to field six strong boats in Summer Eights 2014 and gained a net total of 7 places. The highlight was M3 getting blades in men’s division five – the result of many years of investment on the men’s side of the boat club – by bumping St Benet’s Hall, Queen’s II, Wadham III, and Pembroke III. M4 and W1 got an impressive three bumps each, W2 bumped up twice, and despite strong performances from M1 and M2, they were bumped down two and three places, respectively, by very powerful crews behind them. 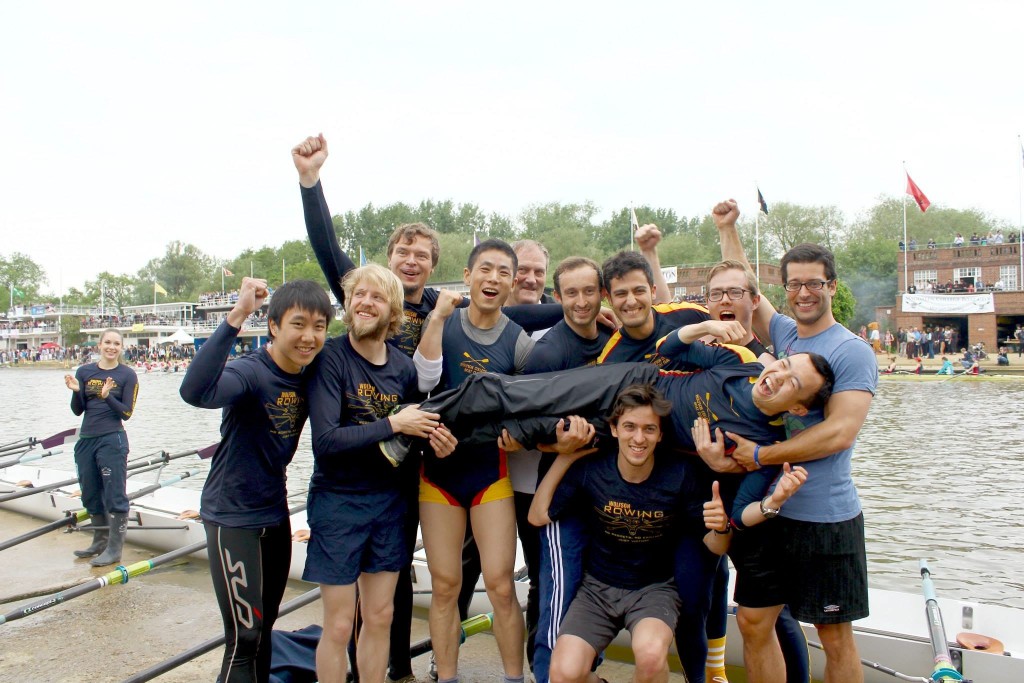 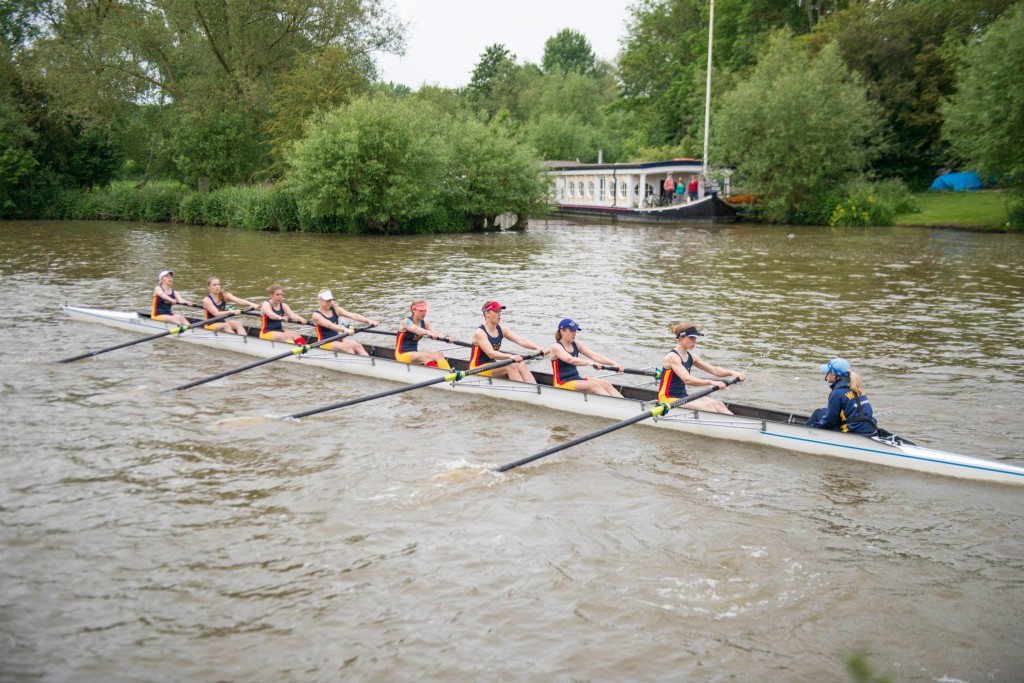 Some of the other highlights of the year include securing a three-year sponsorship deal from Investec worth £5,000 per year; hosting a naming ceremony for our new single scull, Bernard Henry II, last summer; and purchasing a new women’s eight, which is yet to be named.

Thanks so much to everyone who has made this incredible year possible. I would particularly like to acknowledge all the committee members and coaches who carried out their duties flawlessly. With the high levels of dedication and commitment shown this year, we can all look forward to another successful rowing season next year! You can continue to follow our progress by joining our Facebook page, ‘Wolfson College Boat Club, Oxford,’ or via our website, www.wolfsonrowing.org.