Wolfson W1 returned to the Tideway on 14th March, six weeks after their strong performance at Quintin Head and fresh from winning Blades in Torpids. With this in mind, hopes were high of a strong showing at their next event, even if, due to the vagaries of tide times, the day at the Women’s Eights’ Head of the River Race was to begin unpleasantly early. 4am alarms and 5:10am Oxford Tube journeys brushed aside, the ladies arrived at Quintin Boat Club ready and eager to race. As with Quintin Head, marshalling was a pleasantly well-run affair, and the crew had a fine view of some extremely impressive crews racing through the start, including two crews packed with GB rowers and a Reading crew who elicited a massive ‘YEEEAAAAHHHH READIIIINNNGGG’ from Edward in the cox’s seat. Not that he’s biased or anything. Pre-race entertainment was also provided in the form of Edward’s dramatic reading from Fifty Shades of Grey, which had kindly been bought by members of the Quintin crew in the hope of hearing some of Christian Grey’s words of wisdom over the Cox-Box. (As it happened, he got to halfway through chapter one, flicked forward, and then refused to read any further on a public river, over a microphone.) 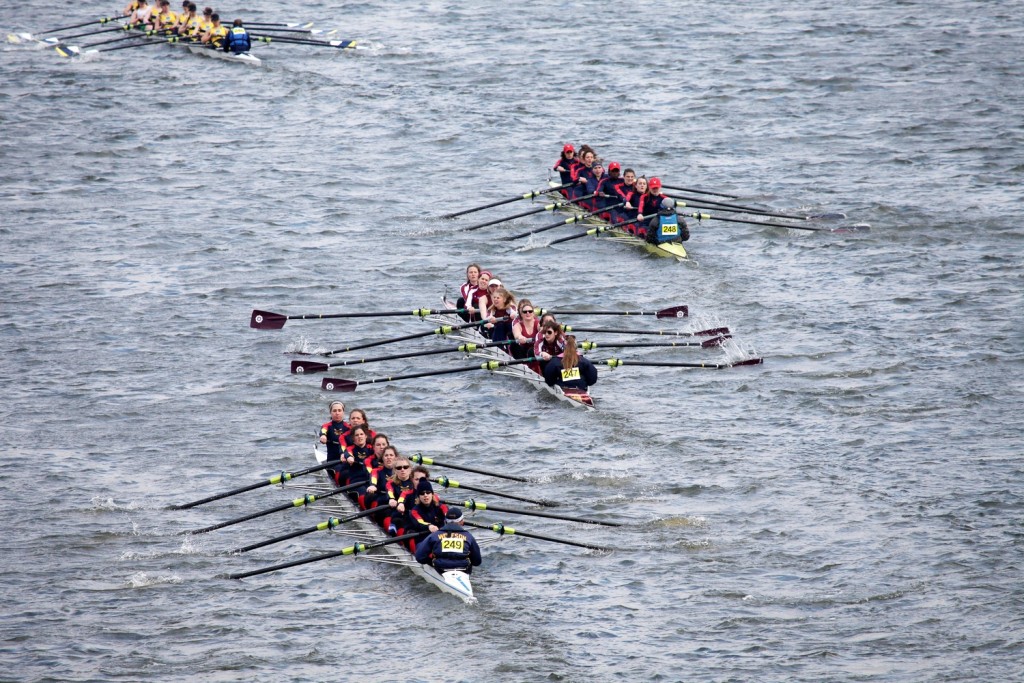 St. Catharine’s College, Cambridge, find themselves in the middle of an Oxford sandwich as they are overtaken by Balliol and Wolfson before Barnes Bridge. Photo credit: Ben Rodford.

Once Wolfson had spun onto the start above Chiswick, the race itself began with a first minute striking 33, shooting the centre arch of Chiswick Bridge. Balliol’s W1 crew, starting one position higher, sprinted off the start aiming to put some distance into Wolfson, but for the first two minutes the crews stayed roughly five lengths apart. This was nevertheless enough time for both crews to overtake St. Catharine’s, Cambridge, with the wolves of crew 249 passing 247 to Middlesex just as Barnes Bridge came into sight. Crew 246, a Heriot-Watt / Stirling composite, were next in Wolfson’s sights, and they moved through them them comfortably on the Middlesex side just after they passed under Barnes Bridge.

During the 30 seconds prior to Barnes Bridge, conditions had taken a turn for the worse, as the headwind worked against the stream to produce waves that would challenge crews up until the Chiswick Steps. Focusing on length around the front end, the ladies responded well, staying strong and settling onto a rhythm of 30. In the meantime, the Balliol crew ahead had begun to run out of steam, and an exciting opportunity presented itself: with crew 235, the Imperial College Medical School, over to the Middlesex side towards the Chiswick Eyot, Wolfson were able to ‘thread the needle’ and pass two crews at once, with Edward getting the rare opportunity to call a move through a crew on either side. While Balliol were persistent, and certainly didn’t lie down and take their being overtaken, the gap slowly opened up, as a canvas became a quarter-length, which became half a length, and continued to develop throughout the second half of the race. Imperial, meanwhile, had been thoroughly dropped, and receded quickly into the distance.

Hammersmith Bridge marked the start of the ladies’ final surge towards the line, as they looked to hold on and consolidate their mid-race speed. Into this last 2km straight, Torpids was to repeat itself again, as Wolfson edged out Worcester College, who had started as crew 243, to move through them efficiently and take their fifth scalp of the race through a well-executed ‘burn’ on the quads.

The race still had one final sting in its tail, though. As Wolfson approached the line, crew 244, the University of Manchester’s third boat, refused to cede the racing line. There was space aplenty to the Surrey bank, as was subsequently proved by them being undertaken, but their decision not to give way led to a severe entanglement, with both crews coming more or less to a complete stop. Thankfully, Wolfson’s experience in Torpids paid off. Edward calling a quick standing start, to which the ladies, led by Nikki Huskens in the stroke-seat, responded admirably, striking 36 and blasting their way through Manchester in spite of having been forced to take a far slower line to finally move around them. Manchester were later punished by the umpires with a 10-second time penalty, but this could do little to allay feelings of frustration at having lost what would have been at least a five-second advantage in the final stretch. Nevertheless, ten seconds over 6.8km is rarely enough to jeopardise an otherwise-strong showing, and so it proved: Wolfson were thrilled to see that they had finished in a time of 23:05, which placed them eighth of 70 crews in their category, and was also a time fast enough to beat five IM2 crews and over eighty IM3 crews. As Tom Chapman, W1’s coach, aptly summed up: ‘I think the women did very well in unfavourable conditions, and a gain of 120 places is not to be sniffed at!’. 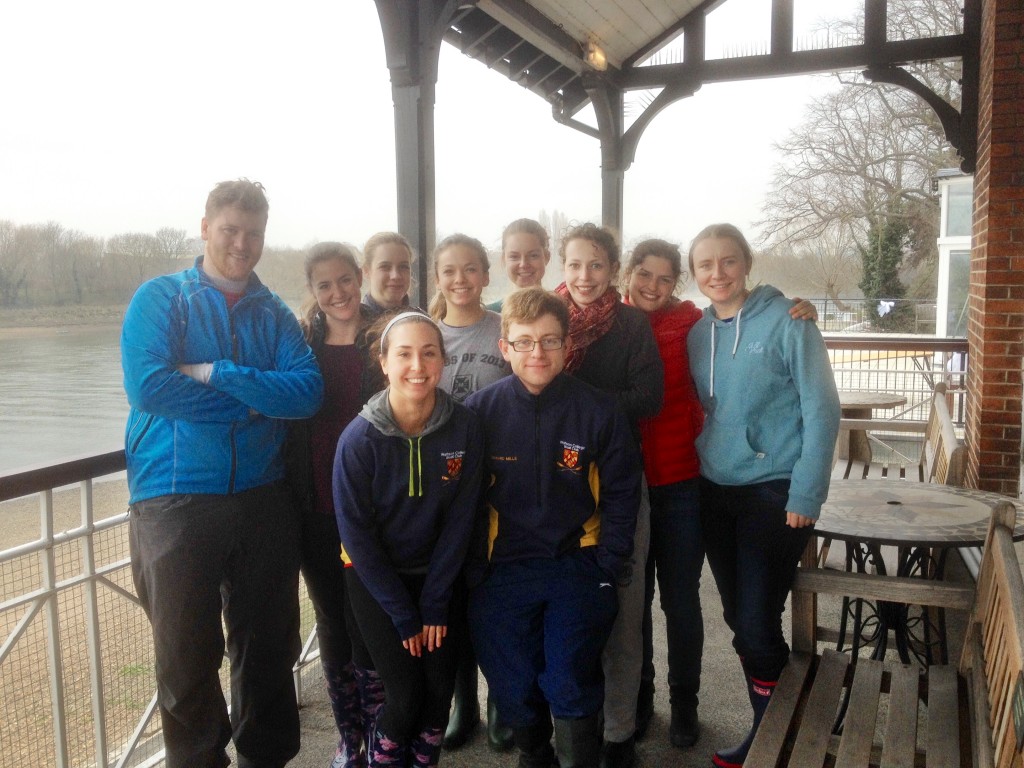