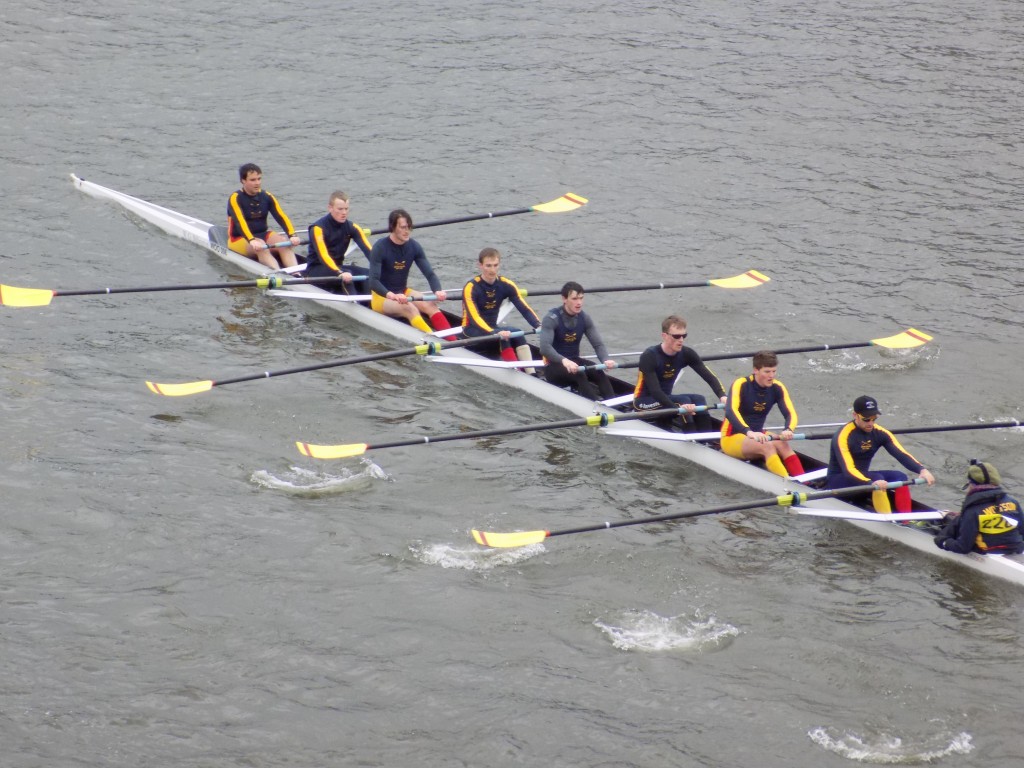 On March 29, Wolfson sent eight of its strapping young men (Neil Dhir, stroke; Lucian Purvis; Thomas Aarholt; Jack Hornsby; Gido Van de Ven; Peter Treherne; Zach Alfred; John McManigle, bow), guided by cox Stefany Wragg, to the Championship Course on the Thames in London to race the Head of the River Race. This 6.8 km head race is run from Chiswick to Putney on an ebb tide — this is the reverse of the Boat Races, which are run in the opposite direction on the flood tide.

The ominous weather was grey and windy, prompting the organisers to delay the start by 30 minutes while they considered whether the course was safe to row. The race squeaked in just before the gusts turned the river truly unnavigable. Battered by wind, waves, and the shower cap on Peter’s head, Wolfson finished the course in a respectable 20 minutes and 2 seconds. We had an exciting overtake on Wolfson College, Cambridge, just after Hammersmith Bridge, and finished the course three abreast, placing 189th overall out of 345 entrants. 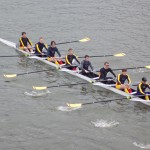 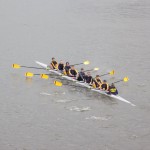 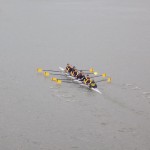