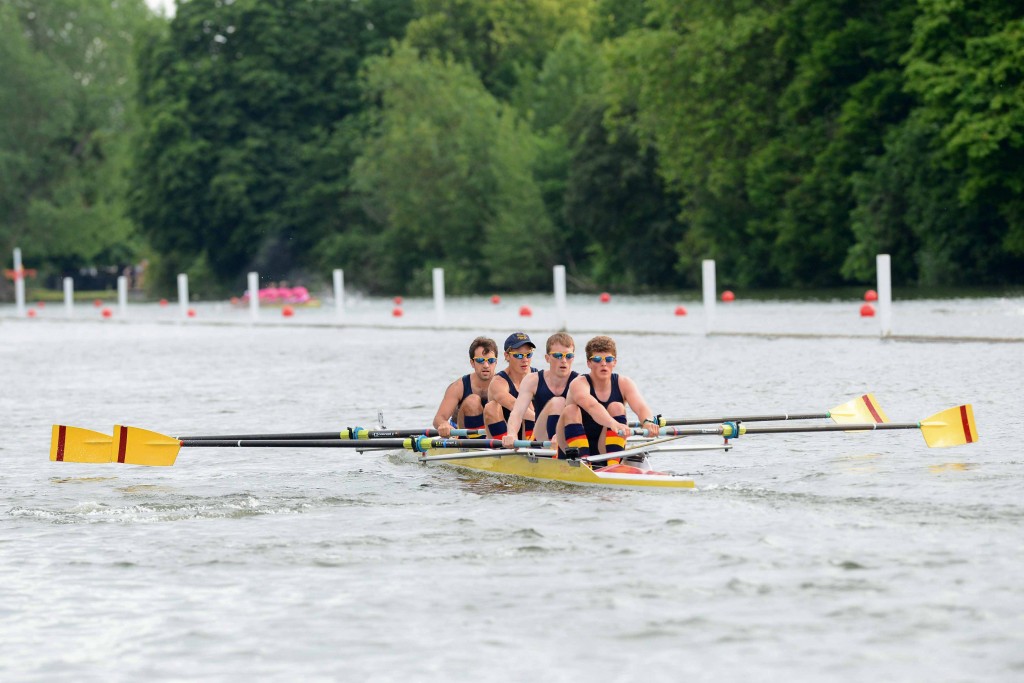 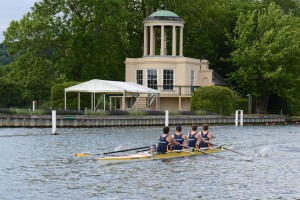 Building on from a successful Eights campaign, Wolfson entered a crew into the Prince Albert Challenge Cup, the event for academic coxed fours. Originally intended to run as a 16 boat-bracket, a field of 50 competitors, including crews from Goldie B.C., Yale, Harvard, Columbia, Durham, Oxford Brookes and the holding club, Newcastle University, the Stewards increased the bracket to field 24 crews, 8 of which prequalified. Having faced several competitors for the remaining 16 spaces at Marlow Regatta, the crew, consisting of Lucian Purvis (str), Thomas Aarholt, Jasper Barth, Neil Dhir (bow) and Stefany Wragg (cox) trailered Wolfson’s formidable Stampfli coxed IV, the ‘Weapon X’ to the tents of Henley, paddling on the course in the week preceding qualifiers. On Friday, 26th June, in a strong headwind, the IV gave it their best within the famous white booms. Their efforts were however bested by the twelve qualifiers. Though disappointed with the outcome, the opportunity to compete in one of the fiercest competitions in the most famous rowing event in the world was a truly amazing experience, and has already bred ambitions to improve their results next year.