City Bumps started with an early-morning briefing in the packed bar at CORC, followed by thick snow showers that dumped lots of cold, wet flake all over everyone. The weather improved at times over the day, sometimes raining, other times just cloudy, with the odd patch of sun; the one constant for everyone was racing. 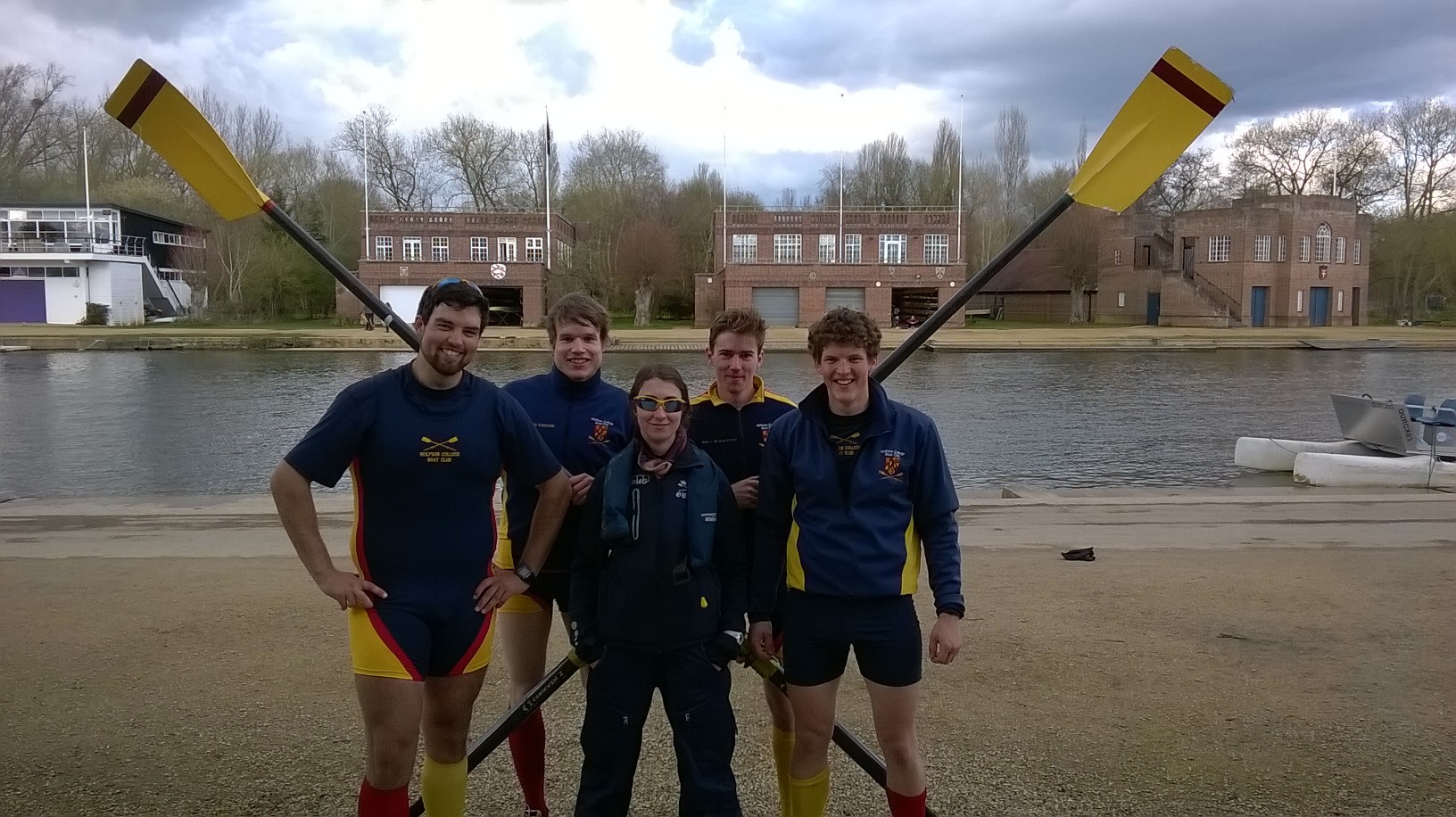 Wolfson A seem to have started a tradition of not showing up for the first race; whilst warming up for the first race, 3-man snapped the backstay of his rigger, and sensibly the crew decided to land and replace it rather than compete without this equipment. Because of this, they were subjected to a technical bump which placed them on bungline 5 instead of 4, between Wallingford RC and Wadham. They had 3 solid row-overs, improving their starts each time, and pressing hard on Wallingford, who were stroked by the 2012 OUBC 7-seat, Dan Harvey. The A crew got fantastic racing experience of how to race the whole course aggressively, push away other crews and get a scratch crew race-worthy- and a taste of what can be after: after the races, the bow man of the Wallingford crew introduced him as a member of the 1986 Wolfson men’s squad! 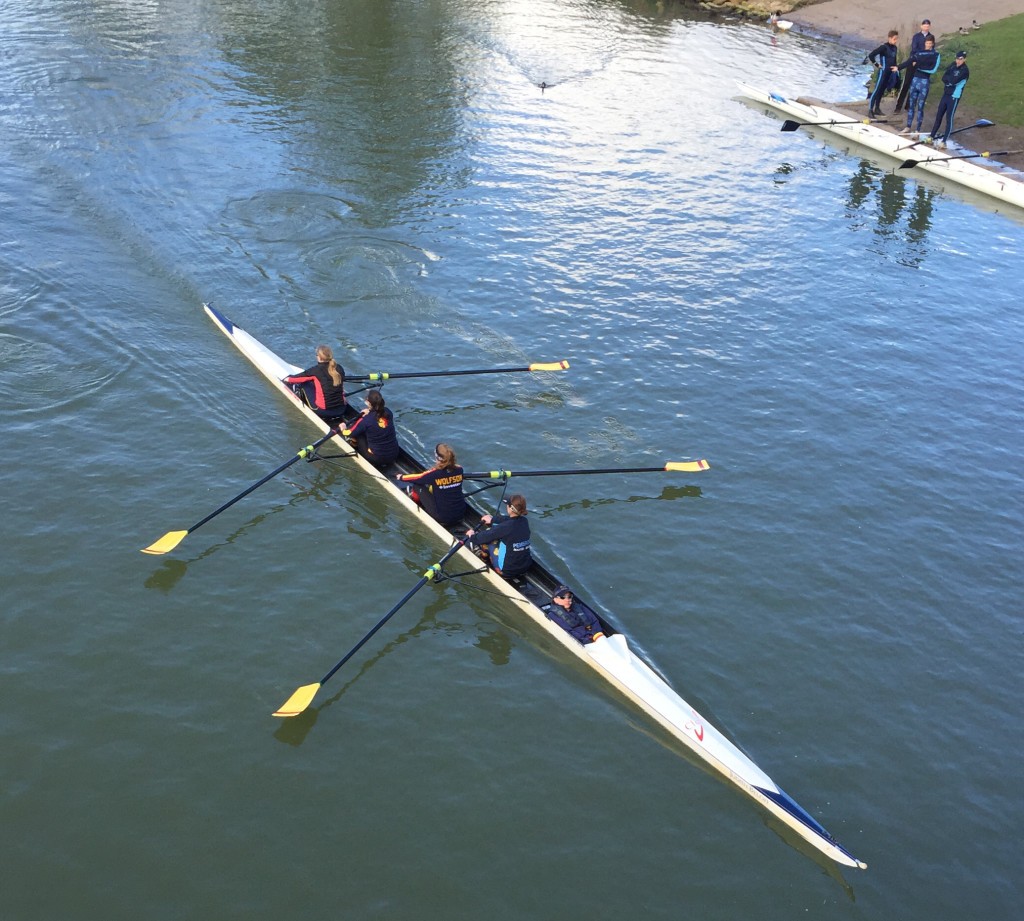 After the snow cleared, Wolfson women A lined up for their first race behind a seasoned CORC senior crew. This was always going to be a tough race and CORC had their own point to prove with their junior crew in front. CORC and Wolfson both had solid starts and pushed on hard. Wolfson gained slightly off the start but CORC started pulling off and gaining on their juniors down the green bank. In the end, CORC bumped out just before boathouse island and although Wolfson also started gaining on the juniors, it wasn’t enough and they finished with a strong, clean row over.

Wolfson lined up for their second race expecting to see the CORC juniors in front but they didn’t show up. Soon enough a race official informed them that the juniors had scratched (due to injury, apparently) so they would be awarded a technical bump up but still had to race. This left them again chasing the CORC seniors but this time with two boat lengths to catch them. Again they come hard out of the blocks but CORC bumped out on Univ leaving Wolfson to again row over, being awarded the technical bump up.

In the next race they started behind Univ A which brought back an old score from Torpids. With yet another strong start, this time Univ didn’t stand a chance and Wolfson bumped them before the gut. At the same time Hertford A were bumped by CORC leaving them as Wolfson’s final challengers of the day, and as the highest placed women’s college crew. Wolfson gained quickly off the start, bringing Hertford’s lead down to a canvas half-way to the gut, but then Hertford put on a strong push and started pulling off. Slowly but surely they gained on CORC and bumped out half-way down the green bank and Wolfson rowed over again.

In the end, Wolfson A finished up 2 places and had some great race training in for Eights in a couple months’ time. 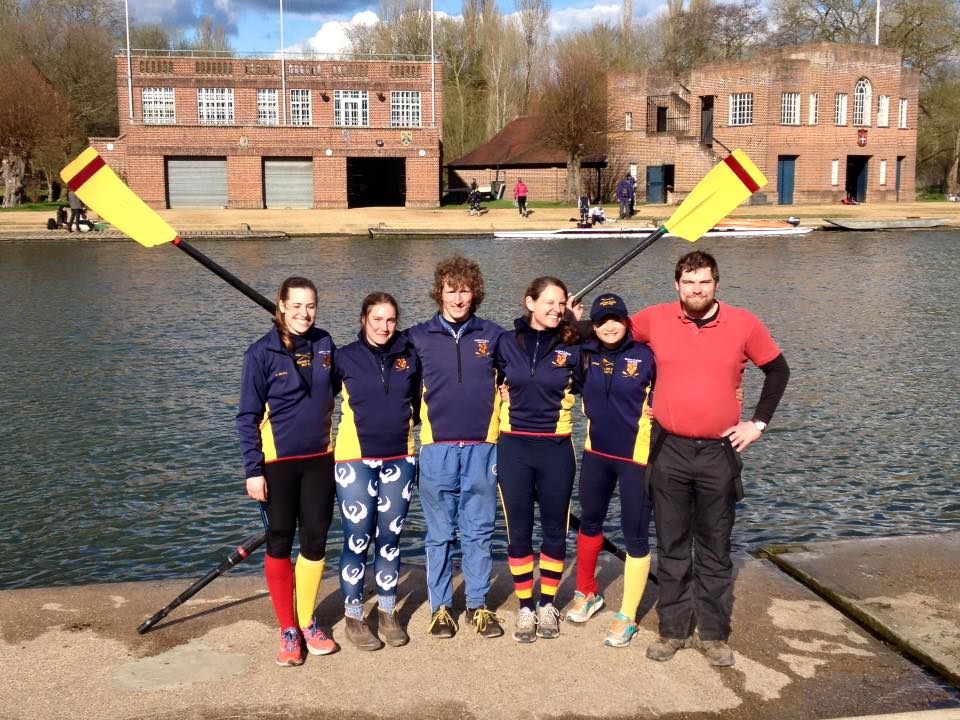 In the sleet of Saturday morning, Wolfson B racing in Hermione started at 14th on the river, chasing Lincoln A and being chased by Exeter A. A quick start by Wolfson left Exeter floundering in their wake and made up half a length on Lincoln. As Wolfson B started to hit their stride Lincoln briefly kept Wolfson B off at a length but as the crews progressed towards Donnington Bridge Wolfson B started to rapidly reel Lincoln in again, gaining the bump just past the Bridge.
For the second race, Wolfson B were pursuing Hertford B, again Hertford managed to hold Wolfson B off on the start, but as Wolfson B hit their race pace they reeled Hertford in rapidly gaining the bump just before the entrance to the Gut.
In the third race of the day Wolfson B were now chasing Green Templeton A (GTC A), Wolfson B feeling more relaxed with each race settled rapidly into their steady race pace pulling GTC A down to half a length by the entrance to the Gut. To the excited cheers of Wolfson A who had bumped out on University, Wolfson B pushed on hard and bumped GTC A in the lower Gut.
As the sun finally came out for the last round of races, Wolfson B were now chasing Linacre A for blades and being chased by GTC A; off the start GTC shot across the river towards the willows leaving Wolfson B in no fear of suffering a revenge bump by GTC. Settling into the most relaxed rhythm of the day Wolfson B pulled Linacre in stroke by stroke; exhorted by their cox Linacre tried in vain to hold Wolfson B off as the crews entered the Gut, but Wolfson B responded by increasing the power and rate at half a length off and the bump was given as the crews came to the upper section of the Gut.
Wolfson started at 14th in women’s division 1, finishing the day at 9th position on the river* and winning mini-blades after four impressive bumps despite the cold, snow, sleet, rain and a bit of vomit.
*in addition a crew had scratched out higher up the river 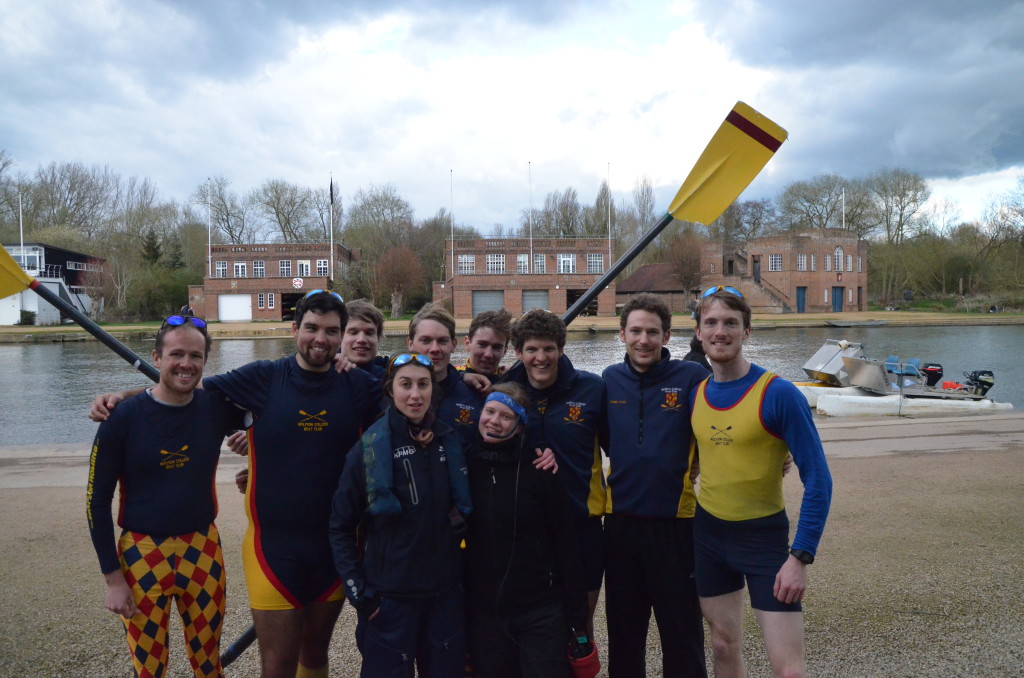 The Wolfson B boat delivered a solid performance at this year’s Oxford City Bumping Races. Following the pre-race briefing at CORC and an unexpected spring-time snowfall, the crew started race day with an overbump on Brasenose A. The second race marked our most challenging bump of the day. The men delivered a successful push on Greenbanks, which set the stage for a bump against a commendable Worcester A as we passed a cheering Wolfpack crowd at the boathouse. By the third race, the overall atmosphere of the boat was significantly more relaxed and the strokes less rushed, allowing the men to hit their stride and obtain an overbump on Academics A. In our final race, Wolfson B continued the hunt for blades. The men powered through to bump Balliol A along Greenbanks and ended the day on a high. However, the final bump was extra interesting as the cox, in an attempt to avoid an actual bump, called a wind-down once continuous overlap was achieved, but this was prior to the judge’s whistle confirming a bump. Luckily, the bump was spotted by a senior judge and Wolfson B was rightfully awarded its 4th bump! Wolfson B started at 15th in Men’s Division 1 and ended the day at 9th position on the river to secured mini-blades! The racing from the day provided excellent experience in preparation for Summer VIIIs. 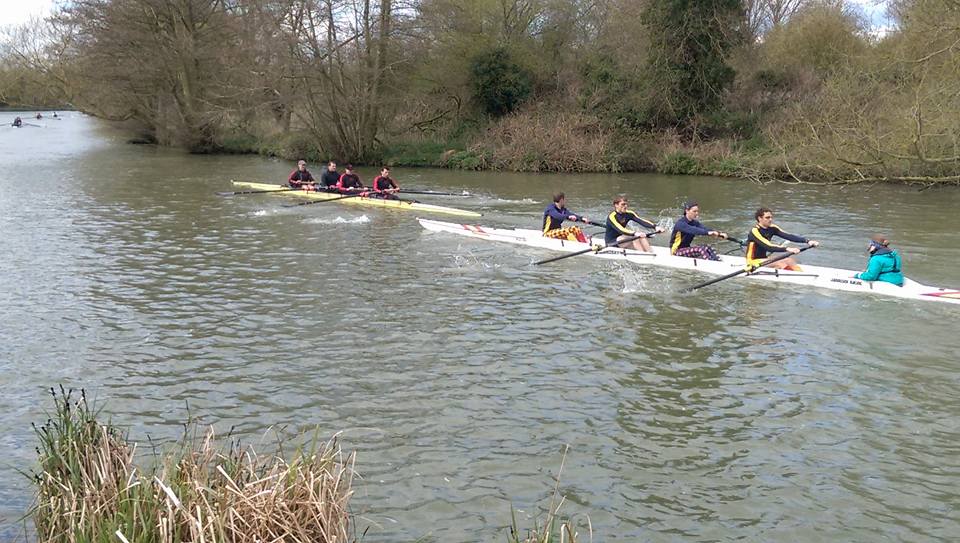