Two crews represented Wolfson in this year’s Women’s Eights Head of the River Race (WEHoRR). The equivalent men’s race that was meant to take place two weeks later was cancelled due to weather conditions. 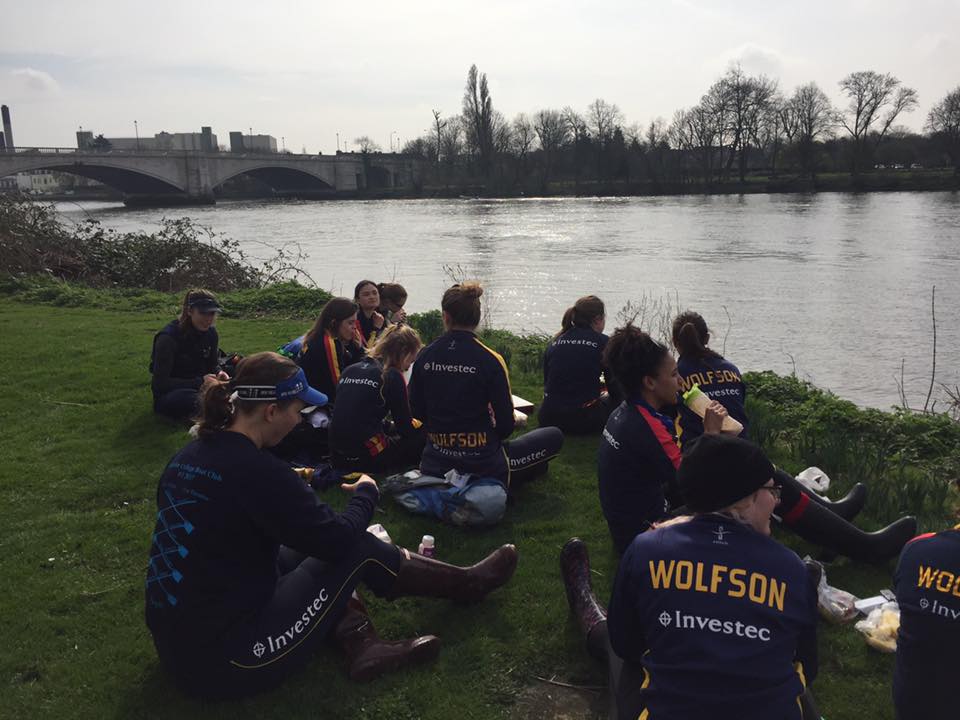 It was under remarkably clear and sunny conditions that Wolfson’s W2 crew raced WeHORR 2017. Novices and seniors alike were impressed with the skies and planned to use them to our full advantage. Those of us who had never raced more than the length of the Isis before were excited to try our strength our in a more endurance-based task; we were also thrilled to be out on such a wide body of water, and in the company of inspirational women out on the water. Our boat boasted a contingent of Blade-winning Torpids W2 women — Philippa Hammond, Jessica Hoff, Sophie Diarra, and Bronwen Hudson — some of our strongest and most inspiring W3 women — Natasha Bowyer, Anna Pitt, and Ellie Kavanagh — and W1’s Torpids cox and Wolfson’s pride, Sophia Hauck. We were coxed by a new addition to the Wolfson W2 crew, James Marsden, a motivating voice and veteran tideway cox.

W2 began our tideway experience with a strong push off from Quintin Boat Club, rowing up against the stream we warmed up rapidly with the sunlight on our backs. We positioned ourselves for the division starting at 98, a strong place for a B crew to begin, thanks to last year’s women. Our race began with steady acceleration, bringing our rate up to 30 as we crossed the start line and began to push off Chiswick Bridge. The first three kilometres seemed to fly by in a rush of adrenaline, but we retained our attention and pushed off the boats following us. As the railway bridge faded from sight it became clear that the crew chasing us was strong; our determination to keep them at bay mounted and we dug in to our strength as Hammersmith Bridge approached from behind. James was spectacularly unrelenting and kept an eye on the crew behind us, calling for us to push off them. As we passed under Hammersmith bridge we were feeling the lactic acid, but the crew chasing had gained just enough for us to feel angry about it. With five kilometres under our belts the race really began, and the final two kilometres were our chance to prove our mettle as a crew. The shadow of Hammersmith Bridge leaned over us briefly but we pushed away from it, ready to sprint to the end, past the boat houses and on to Putney Bridge. What was so close seemed far to our muscles, and the boat felt heavier than it had for the first 5km. Yet still we kept the crew behind us at bay, despite some discouraging remarks from a Marshall for us to let them overtake; James called out in response a reviving, “If they can catch us, Marshall, if they can catch us!” and invigorated by his words, we lifted the boat up even faster. At this point we realized that we were not only threatened by one chasing crew but two; out of the rankings another boat was rapidly gaining, so that by kilometre six, we were pursued by a boat on either side. With our peripheral vision full of competition, we reached deeper and deeper into our reserves, and crossed under Putney bridge just off both crews, never letting an overtake occur. It was a strong race for W2, and finishing with a race time of 21:23, we were proud to have competed so well with essentially a scratch crew, and grateful to have the powerful voice of James, our cox. After an exhausting but steady paddle back to Quintin we indulged in a well-deserve pint at the boat house. Next year we hope to rise in the rankings and prove again that Wolfson women, though we train on the Isis, can hold our own on the tideway. 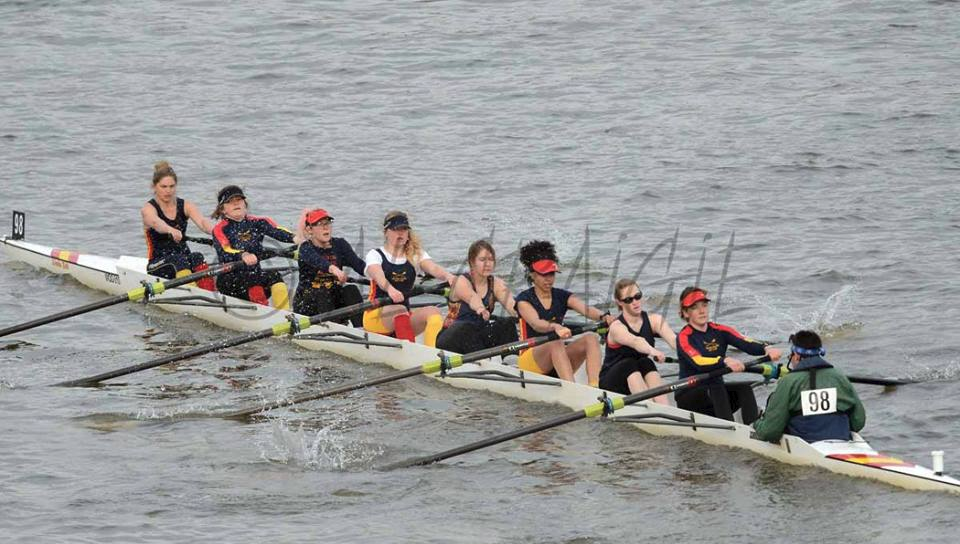 Wolfson’s W1 crew crossed the startline by Chiswick Bridge with Cantabrigan B more than 4 lengths ahead and UCL A about the same distance behind us. The crew knew they were up for a long and hard race and settled in for a steady rate 30-31 with focus on finding a strong rythm and keeping UCL away. As the crew came through Barnes Bridge the water got quite choppy, but the crew did not let that bother them, they maintained rate and power all the way up and around the bend, past the Eyot, and then headed for Hammersmith Bridge. Still with plenty of space to both Cantabrigan ahead and UCL behind Wolfson stepped it up as cheers from familiar voices reached them from the bridge. After the bridge the crew stepped up the power and started their sprint to the finish. They saw UCL disappear into the distance and that spurred them on even more. The last 2k to Putney and the finish line was not the prettiest rowing seen by man, but there was strength and dedication behind each stroke. Overall, a strong race from W1 finishing with a time of 20 min 25.1 sec. 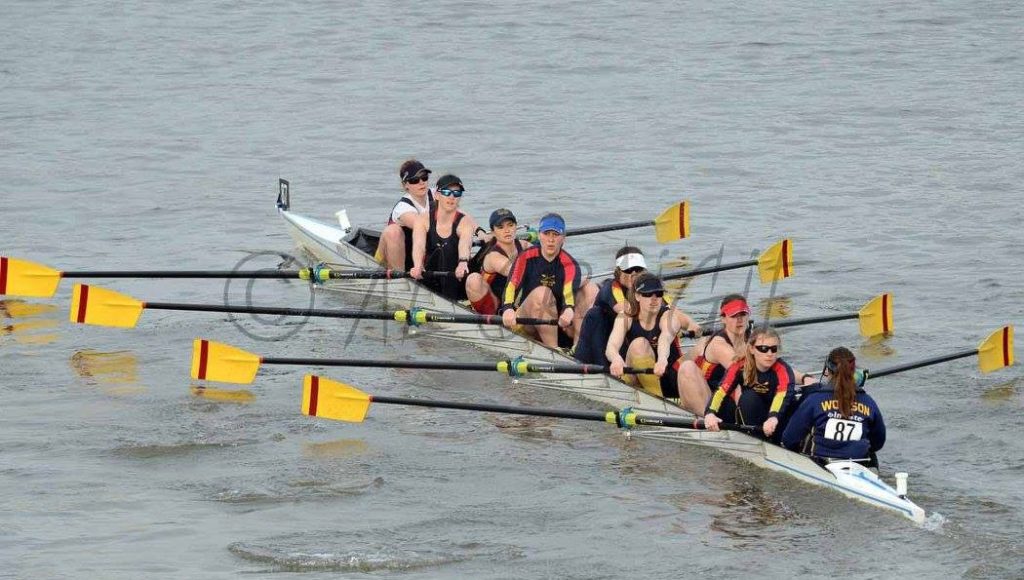