By Gwilym Jones and Jessica Dunham

The 27th of January marked the date of the Wolfson women’s first competitive race of 2018. Though there was much excitement in the lead up to their annual trip to the London Tideway, training was inhibited by the rainy English weather, which quickly raised the Isis river levels to Red Flag conditions with only one outing under the crew’s belt. Undeterred, the she-wolves set off on Saturday morning to take on Quintin Head.

The course was to be raced with the ebb tide, beginning alongside Chiswick Bridge, in the Filippi eight, Cliff, christened in the spring of last year. Though meant to be a 4.8k race, the crew were informed on the water that wind conditions had led the Senior Umpires to shorten the course to 4.2k, placing the finish just before Hammersmith Bridge. After a long hour and a half wait in the marshalling queue, battling the stream and the rising winds, it came as a welcome relief to finnally hear the call to de-kit and prepare to race. 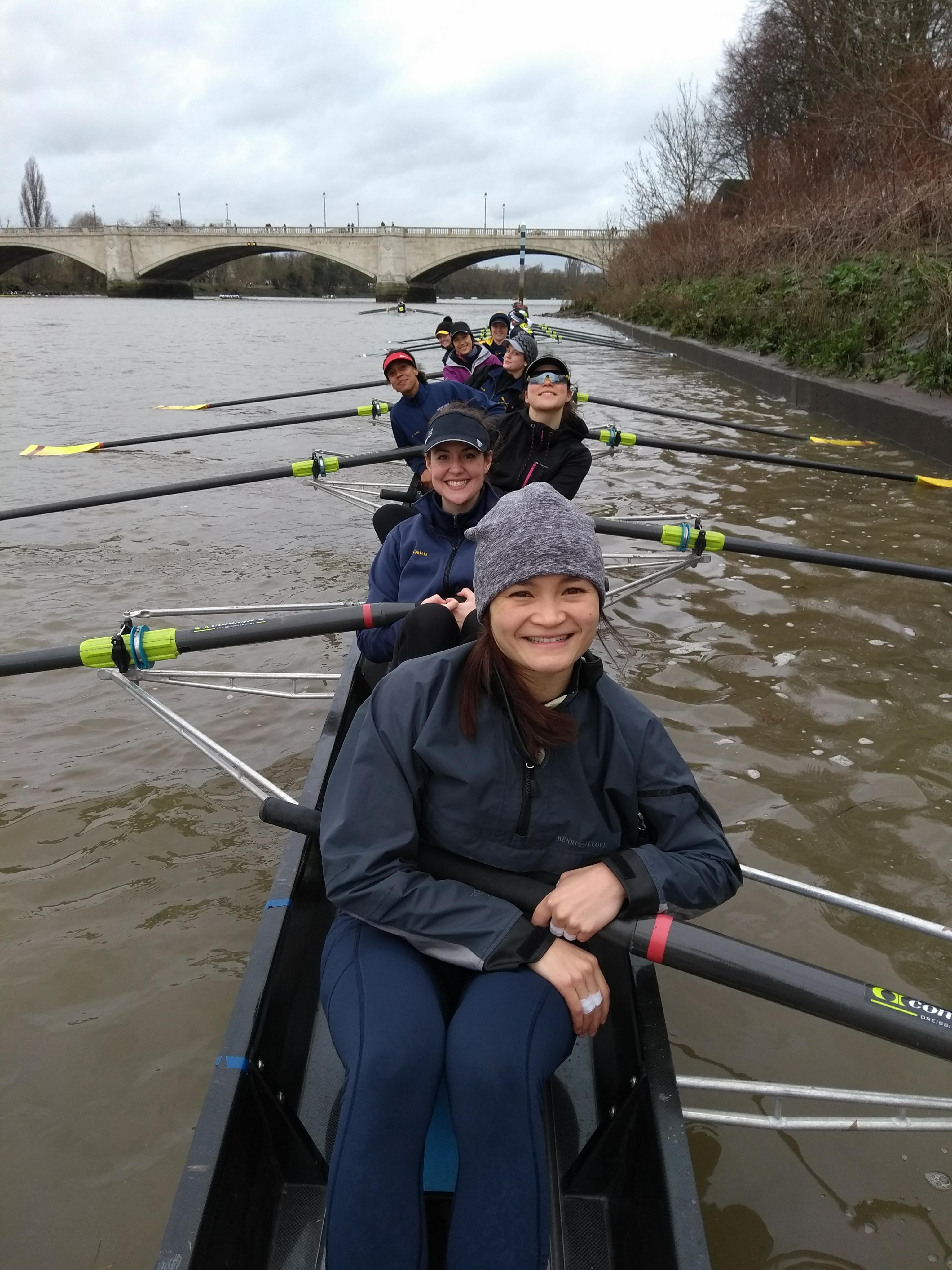 The start was marked just past the shelter of the Chiswick Bridge, and as the crew wound up to being racing, they were immediately forced to battle a side-wind that had rapidly built up during the final few minutes of marshalling. Despite this, the Wolfson crew maintained power and quickly passed the Globe RC crew, which had started ahead of them, within the first 500 metres of the race. However, while our women raced on to pass Globe RC, the Putney Town crew which had started behind them were simultaneously gaining, ultimately forcing Wolfson to concede the fastest stream in order to let them past. Despite this, our crew did not make it an easy row-past for them, and the two boats were still side-by-side as they passed under Barnes rail bridge.

As the crew rounded the corner they were met with a tail-wind, and cox Gwilym shifted the focus to technical and clean rowing to keep up the pace. The following long straight was covered at a strong rate 28, keeping hot on the heels of Putney Town, who sat only a length ahead for most of this stretch. In the final third of the race, Gwilym called for a push and the crew responded instantly, gaining on the Auriol Kensington crew ahead and passing them in the final 500m.

Given the shortened course, the finish came abruptly and the crew was called down just under Hammersmith Bridge, having crossed the finish with a time of 12 minutes 15.4 seconds. This placed the Wolfson women 11th of 24 racing crews in the W.IM3 category, and pushed them into 161st position, a marked rise from their starting position of 198. Overall, an excellent showing by the only attending Oxford college women’s crew, and a solid performance by a crew which had little preparation and several members brand new to the London Tideway. 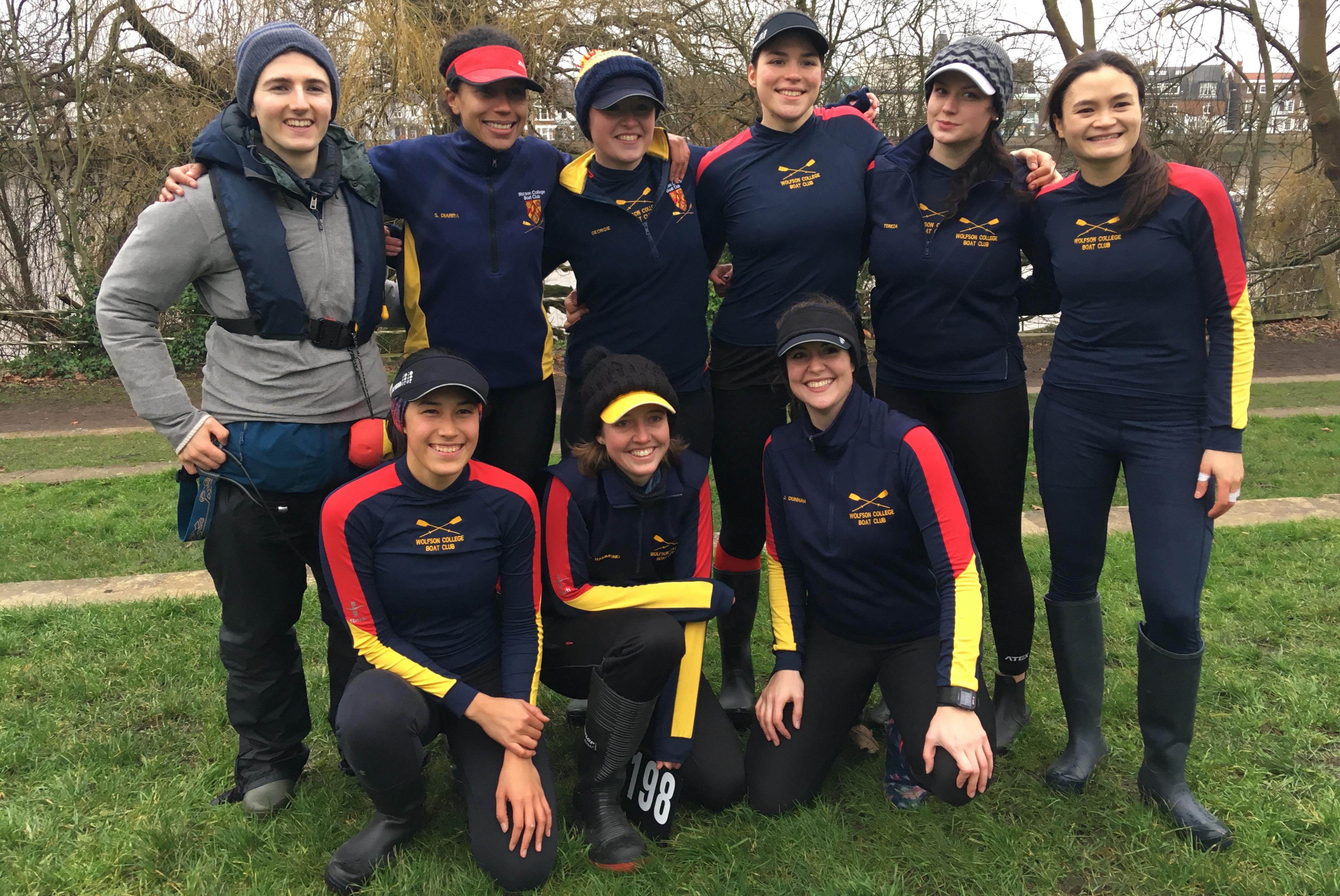