Row, row, row your boat not so much this term.

The river Isis hit back this term, causing a total red flag closure for most of the duration of the term! This incurred among many things, a re-write of the classic sconces for our internal crewdate mid-term. Swapping the crowd favourite “Sconcing anyone who crabbed this term” with “anyone with less than 3 water outings”. Thankfully the Wolfson Boat Club captains were undeterred, organising external regattas for the experienced rowers, and lots of erg, weight and circuit sessions. (circuits organised by Cliff to whom we will always be eternally in debt).

Due to the river conditions, as it was back in 2012, Christ Church Regatta was cancelled (as was Nephthys this year) and replaced by a Christ Church Erg Regatta (coined Ergatta). I include more details of this below, but the Wolfson women did extremely well!

Merry Christmas and see you next decade,
From the Christmas Wolf and me 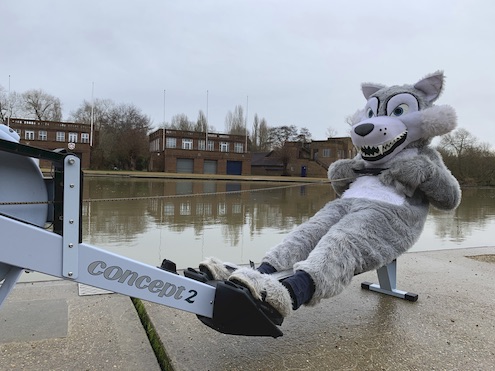 The Christmas Wolf a.k.a. Adam Ferris

The senior women entered a 4+ in the Upper Thames Autumn Head for a long but speedy 3km course. They were also the only Oxbridge College to race in Four’s Head of the River Race, after all other crews were scratched due to high stream.

Christ Church Erg Regatta:
2 crews of 8 entered, WB came second in their division just behind Brasenose. And on Dynamic ergs!!

Fairburns Cambridge:
A coxing race debut for Mary, crew of 4 did well, but unfortunately were beaten by some of the local crews.
We also immortalise the beginnings of Chris’ famous Movember moustache in this photo. 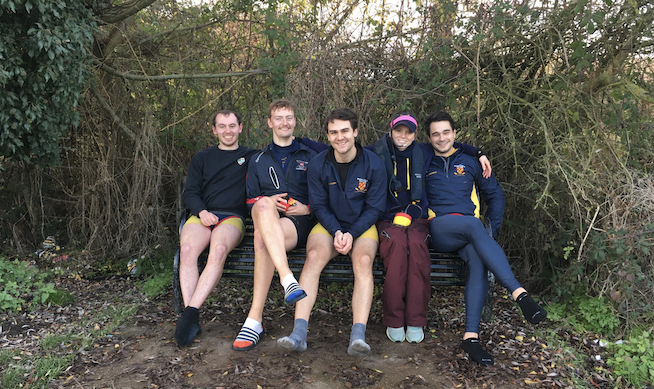